All about vitamin K: role, benefits and deficiency

Vitamin K is not a star of micro-nutrition, yet it plays an essential role in the prevention of osteoporosis, the proper maintenance of cardiovascular tissues and of course in blood clotting.

It is therefore important not to underestimate its importance and to ensure a satisfactory daily intake. In this article, we present the main characteristics of vitamin K, its benefits and where to find it.

Role and forms of vitamin K

Its discovery was worth a Nobel Prize of Medicine in 1943 to the two researchers who were able to isolate and synthesize it (Dam and Doisy).

This vitamin exists in several molecular forms with equivalent properties and all belonging to the group of Quinones.

Both forms are fat-soluble: soluble in oils, but not in water.

It is also necessary to mention vitamin K3, a synthetic form (menadione) which is no longer used for human consumption because it frequently generates undesirable side effects (nausea etc.).

What are the benefits of vitamin K?

Vitamin K is essential to the blood clotting process.

Its name is derived from the word “Koalution” as it was called in the first German publication on its discovery.
Until the early 1960s, it was not known to have any other role than that of blood clotting.

Advances in research have gradually brought to light the much more important and expanded properties of Vitamin K.

It is now known that it is essential for growth and cell renewal and is particularly involved in the prevention of osteoporosis (bone fragility). It is also involved in good cardiovascular health, nothing less!

Vitamin K is necessary on a daily basis for the proper maintenance of body tissues and logically, daily requirements are directly proportional to body weight.

The Adequate Intakes defined by the ANSES are thus :

Vitamin K is absorbed in the intestine in the presence of bile salts.

The body’s reserves do not exceed a few days, which explains the need for regular intake.
It is important to note that there is no risk of overdosing on vitamin K : excess amounts are easily eliminated by the body.

The different sources of Vitamin K

It is mainly found in green vegetables (asparagus, spinach, broccoli, etc.) and soybean oil. It resists well to cooking temperatures and being not soluble in water, it is not diluted in the cooking water.

It is found in certain fermented foods such as sauerkraut and unpasteurized cheeses. It is also found in animal storage tissues such as liver, marrow and fat.

It can also be synthesized by the E.coli

bacteria of the intestinal microbiota, in proportions that are still difficult to estimate.

The risks of vitamin K deficiency

In spite of its presence in many foods and its good resistance to cooking, it is surprising to observe frequently too low intakes of vitamin K in the Western populations.

The University of Maastricht in the Netherlands, which is at the forefront of this issue, estimates that 40% of the Dutch population has too low an intake of vitamin K.

Biochemist Cees Vermeer even considers that a third of adults have worrying deficiencies, as detrimental “as smoking two packs of cigarettes a day”.

This illustrates the increasingly recognized role of vitamin K in the maintenance of cardiovascular tissue.

An acute deficiency in vitamin K will be noticed mainly by bleedings (of the nose in particular frequent), related to the non-coagulation of blood.

The sub-deficiencies (contributions of less than 50 µg in the adult) are they, undetectable by clinical signs: only a blood control allows to establish it.

It is these long-term deficiencies that need to be prevented in the general population, including children.

The origin of the deficiency can be an unbalanced diet, poor in plants and natural fermented products or, more rarely, to absorption disorders:

Vitamin K1 is found in our Argalys Essentiels Multivitamins and Minerals formula, designed to facilitate and secure the intake of micronutrients for all (from 8 years old) and all diets.

One capsule of our Multivitamins and Minerals supplement provides 75 µg of vitamin K1, i.e. 100% of the RDA.

This is another reason to make our formula part of your daily routine!

Our Essentiels rich in vitamin K1 : 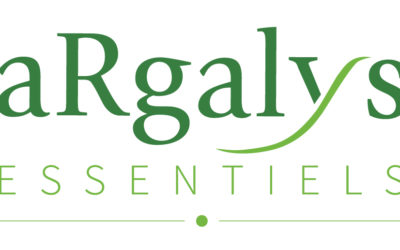